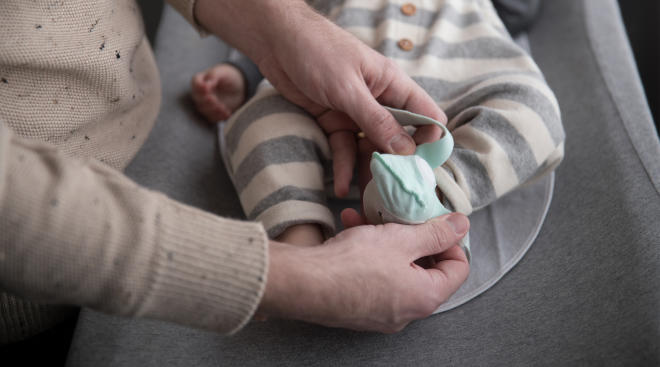 When a baby dies at day care, the story that unfolds is usually one of anger, blame and consequences. When a baby passed away at an Oklahoma day care center in 2015, the blame was placed on the employee who let him sleep in a car seat for two hours, and the facility’s license was revoked. This is not that story. After SIDS claimed the life of 5-month-old Alexander Thomas (Tommy) Yan last year, his day care rallied together and worked to make their facility safer than ever.

It’s rare, but Sudden Infant Death Syndrome (SIDS) occurs when babies die in their sleep without warning or explanation. Employees at Little Hearts & Hands Day Care in Urbana, IL, were devastated when it happened to one of their own.

“A group of us got together, stared at each other and thought, ‘What can we do?!’” the day care’s GoFundMe page says.

Director and owner Terri Smart was the first to spring into action. While she knew SIDS couldn’t be prevented, she believed she could better monitor babies while they slept to quickly be alerted to any changes in vitals. But it wasn’t going to be a cheap solution.

Smart set out to get an Owlet Smart Sock for as many babies in the infant classroom as possible. After watching her purchase a few of the $300 devices, which track oxygen levels and heart rate for up to 18 hours, parents and employees secretly created the GoFundMe to help secure every baby an Owlet. Ultimately, they’ve raised enough money to buy eight.

They fundraiser has been extended to help purchase smart phones or tablets to go along with each Owlet, since the sock transmits information related to baby’s vitals to an app. But in the meantime, they can be used sans-app; each sock comes with a small docking station that glows green to let you know all is well, and red if something is off.